Alain never separates himself from his sketchbook and watercolours in order to capture a landscape as soon as the opportunity arises, a passer-by or an unusual situation. His travel diaries were exhibited at the Folon Foundation in 2018. Several of his notebooks are part of the Brooklyn Art Library in New York. In 2012, they travelled to the United States, England and Australia.during a "world tour" organized as part of the "Sketckbook project". In 2018, Alain takes part in the "Arte Nell Arte" project which is the subject of an exhibition at the Salle Drouot in Paris, the Huberty Breyne Gallery in Brussels and the Fabrica de Arte Cubano in Havana. In 2020, the Huberty Breyne gallery exhibits his sketches and watercolours made in Cuba. 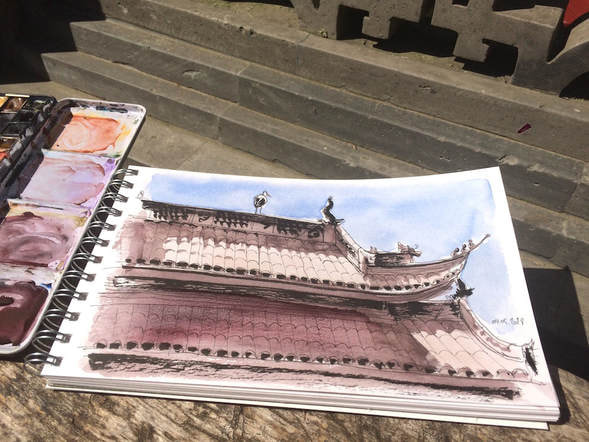 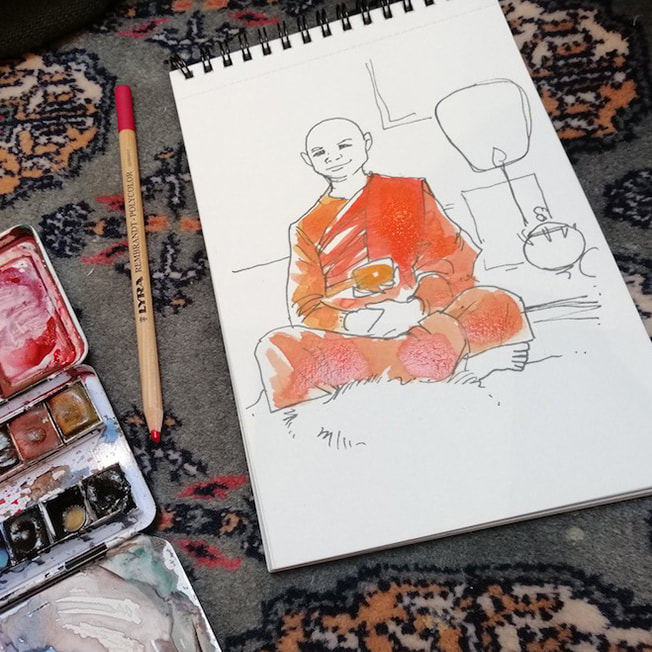 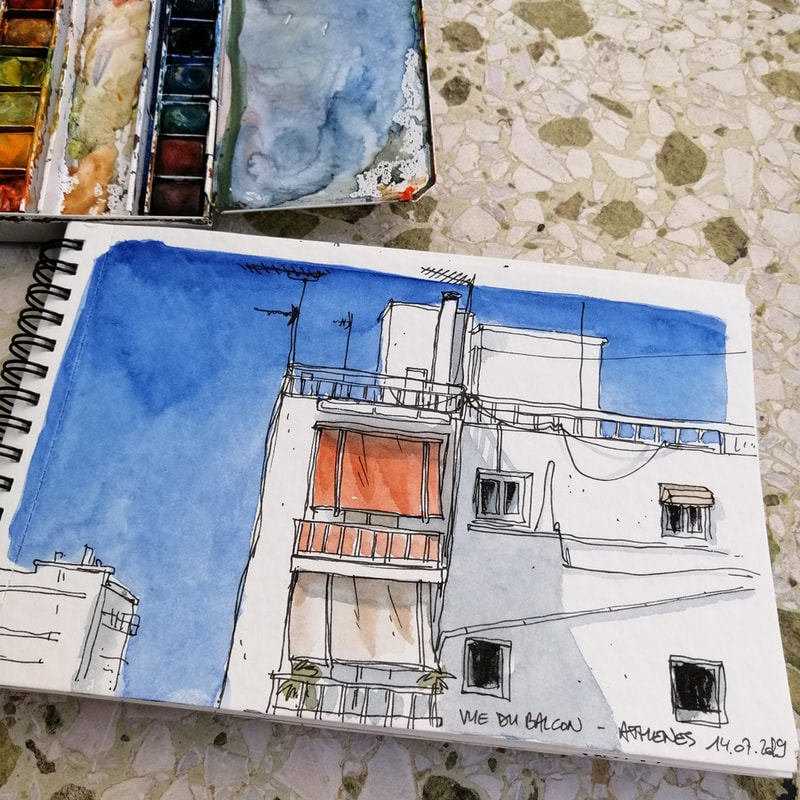 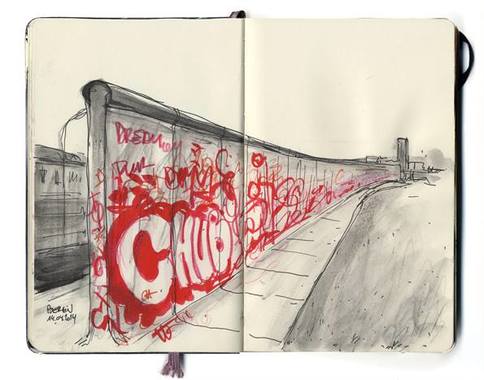 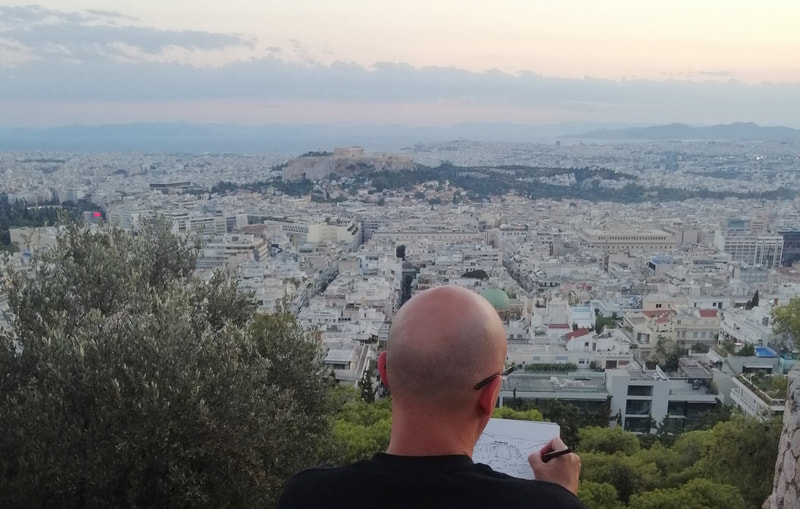 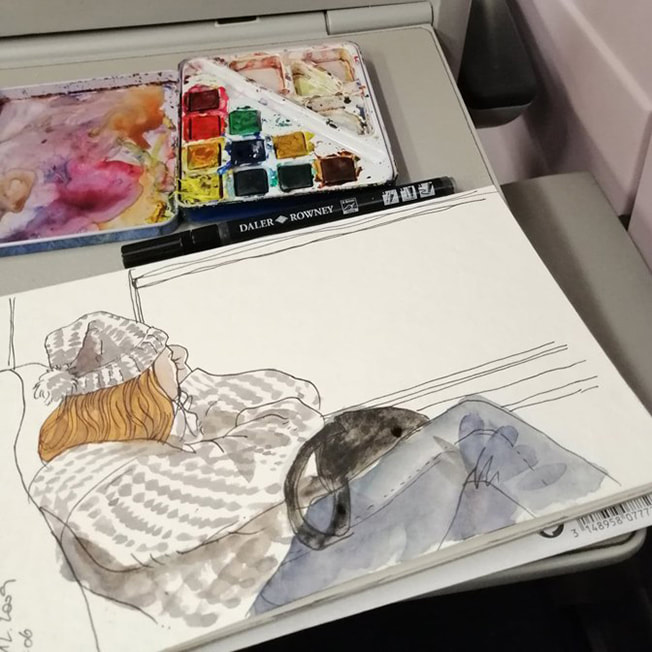 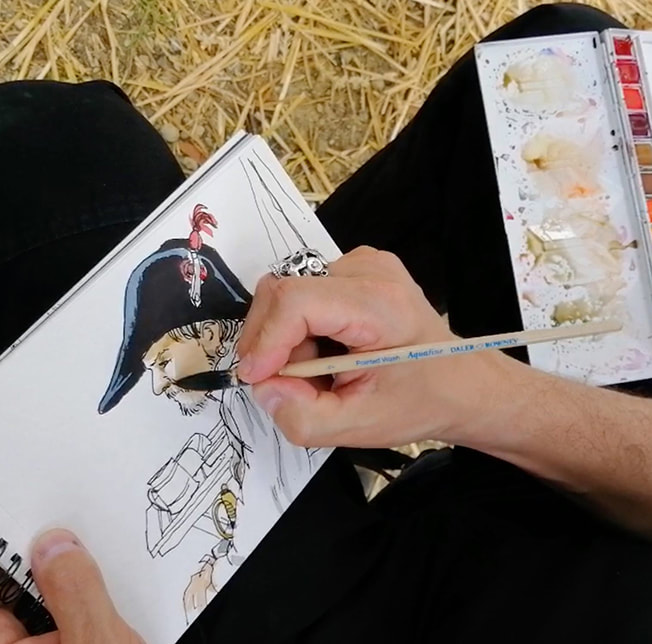 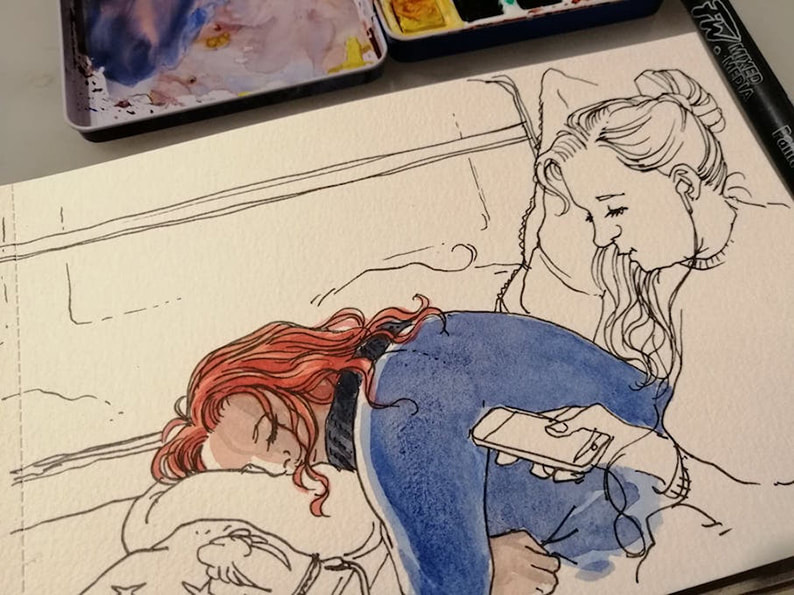 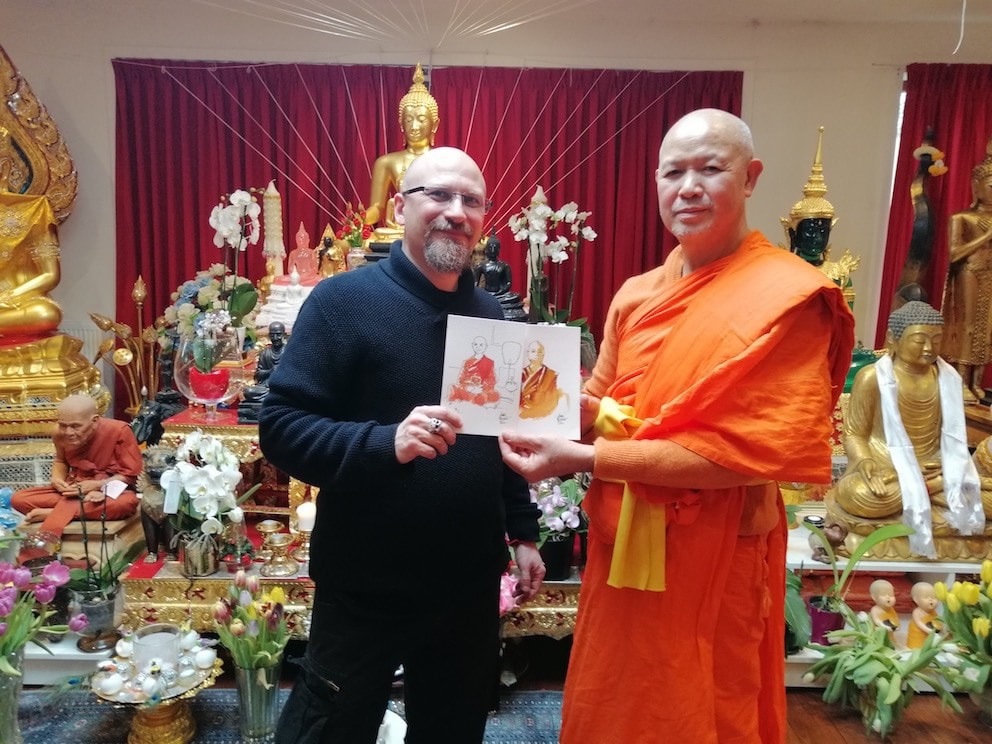 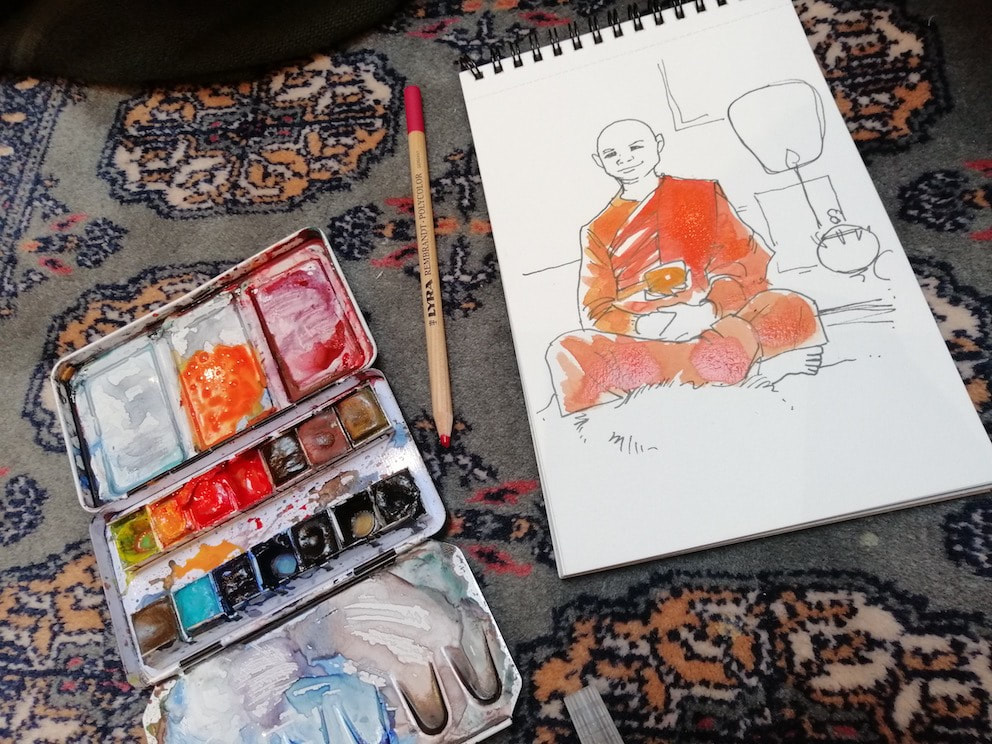